IETF 95 meets in Buenos Aires: a week of firsts

Last week, the Internet Engineering Task Force (IETF) held its 95th meeting in Buenos Aires, Argentina. It was an important moment in the history of the IETF as it was the first time in its history that it held a meeting in Latin America.

On Monday, 4 April the HRPC group held its session. During this well-attended two hour session, there were presentations from three experts, working on issues surrounding protocols and human rights:

Ramsey Nasser, a Lebanese computer scientist, game designer, and educator based in Brooklyn who does research on programming languages talked about قلب  (‘kalbe’) an all Arabic coding language he build to make computation more expressive and challenge the basic assumptions we make about code.

Nick Doty, the Director of the Center for Technology, Society & Policy and PhD Candidate at the UC Berkeley School of Information, spoke about his research on how privacy and other values are considered during the technical design process.

Joe Hall, Chief Technologist at the Centre for Democracy and Technology spoke about his work on censorship, specifically his work on the technical mechanisms used by censorship regimes around the world to block or impair Internet traffic and the importance of sensitizing designers, implementers, and users of Internet protocols to the mechanisms used to censor end-user access to information.

During the meeting, the research group’s members also presented their latest work, including two new Internet Drafts (I-Ds), improvements to the I-Ds’ text on the research methodology, the addition of three new case studies, an additional literature and discussion session.

The proposed human rights considerations were positively received, and the group received substantial feedback on their work. Currently, the aim is a formal call for adoption of the I-Ds, to be distributed on the HRPC mailing list in the coming two months: this would make the I-D an official working document of the research group. This would open the door for the next step: approval by the Internet Research Steering Group (IRSG) which bring the research group closer to developing substantive human rights protocol considerations to enable human rights on a protocol level.

In addition, several HRPC members also participated in the first ever civil society (friendly) dinner and joined to watch a screening of two documentaries: ‘Net of Rights’ and The Computers followed by a discussion with around 50 local civil society members, organized by ARTICLE 19 and the Asociación por los Derechos Civiles. 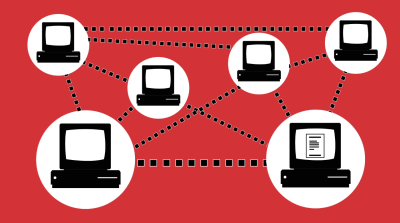 develops and promotes voluntary Internet standards, to identify, and proposing solutions to, pressing operational and technical problems and opportunities in the Internet. It is an open standards organization,
with no formal membership or membership requirements. All participants and managers are volunteers, and you can participate!

promotes research of importance to the evolution of the Internet by creating focused, long-term Research Groups working on topics related to Internet protocols, applications, architecture and technology.

wants the Internet to stay open and free for everybody.
You can participate!